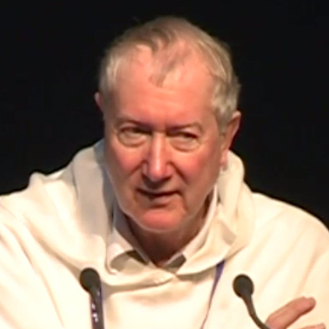 Enjoy this video of a brief talk by Father Timothy Radcliffe OP. He is a Dominican friar of the English Province, and a former Master of the Order of Preachers from 1992-2001. He is the only member of the English Province of the Dominicans to have held the office since the Order’s foundation in 1216. He is currently the Director of the Las Casas Institute of Blackfriars Oxford which focuses on the promotion of Social Justice and Human Rights.

In May 2015 Pope Francis named the Rev. Timothy Radcliffe a consultor to the Pontifical Council for Justice and Peace. Timothy Radcliffe has been a strong promoter of social justice and has participated in many initiatives on behalf of poor and oppressed peoples around the world. Though a priest, he has been consistently opposed to the increasing clericalism he has witnessed in the Church.