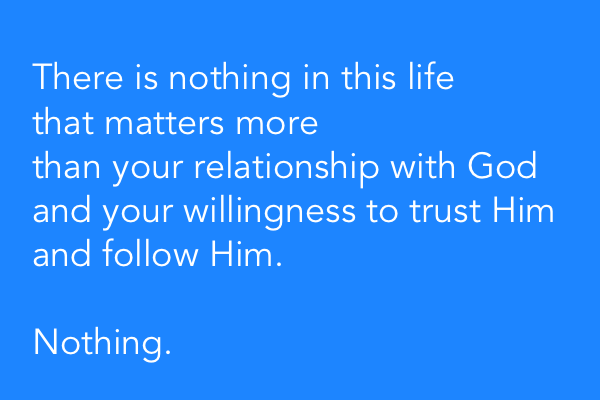 “You have made us for yourself O Lord and our hearts are restless till they rest in you” (St. Augustine). “Without me you can do nothing” (Jn. 15:5)

Some people come to the realisation that God is the origin and the end of all life. In fact we are never absent from God who has been described as the Ground of our being. In Advent, not only do we wait for God’s continuous coming, but God waits for our response. Like Mary we hear God’s invitation and respond to the best of our ability. A brother is someone who takes God seriously, who makes a personal response to his baptismal call. He spends time regularly in prayer deepening his understanding of the God of Jesus Christ.

The fact that God matters, helps a brother realise that whatever gifts he receives are not given just for himself but for others too. He is called out of himself into the service of others. Mary’s first response after conceiving Christ was to go to the help of her cousin Elizabeth who was also with child.“Mary set out immediately and went as quickly as she could to a town in the hill country….” (Lk. 1:39). A brother knows he is called to serve and seeks to see the world through the eyes of God. The needs of the world become the agenda for the brother’s response. Like Edmund Rice, a brother opens his whole heart to Christ present and appealing to him in the poor. Through his ministry he is ready to become the voice of those who have no voice in the world. He embraces a lifestyle that brings him close to those on the margins of society.

The fact that God matters, helps a brother make sound choices in life. While he is aware of his human weakness, he is also aware of God drawing him to choose life rather than death.“I call heaven and earth to witness…I set before you life and death….choose life, so that you may live in the love of Yahweh your God…_” (Deut. 30:19) A brother is prepared to make the necessary changes in his life so that God may become ever more present in his life.“He must increase, but I must decrease.”_ (Jn. 3:30)

The fact that God matters, reassures the brother that he is not alone on his journey through life. Confident that God is calling him, he also knows that he is gifted in many ways. He has been given human life, he has been baptised into Christ’s life,and he has family and community to support him. His is a network of supporting connections within which his life as a brother is able to flourish. “I am the vine, you are the branches. Whoever remains in me, with me in him, bears fruit in plenty.” (Jn. 15:5) “By this all will know that you are my disciples if you have love for one another.” (Jn. 13:35)

The fact that God matters, makes a brother appreciate the gift of God himself through the incarnation. Christmas is the feast of God’s love made flesh in the person and life of Jesus. Just as Christ did not cling on selfishly to his divinity but became human like us, (Phil. 2:6), so a brother is emboldened to give himself to the world. He too becomes incarnated with the rest of humanity. At the moment of Eucharist, a brother includes his own life as the bread is raised:_“This is_ my body broken for you.”

Joining in the Conversation