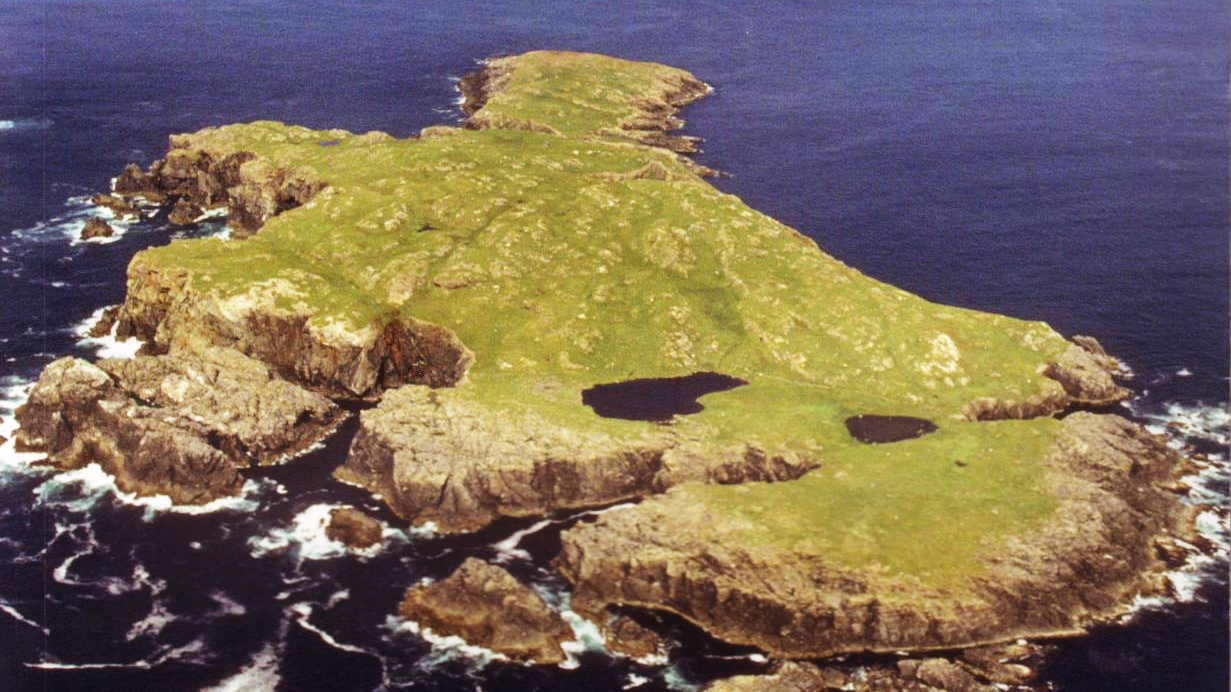 High Island off the coast of Galway

Everyone these days over a certain age has a bucket list. You know – the list of things that you want to do before you die. I have mine.

None of the above. It is to take a boat trip to an uninhabited island off the west coast of Ireland. High Island.

You might wonder why this pose a serious challenge and why anyone might want to go there. To answer the first question, High Island, or in the Irish language, Ard Oileán, lies only about three kilometres off Galway coast, just opposite Omey near Clifden. Though so near the coast, it is a notoriously difficult island to access. There are no landing places for trawlers or small cruisers, let alone one of the big Aran ferries. Instead, you can only land on the island on very calm Summer days when the sea is like glass and the Atlantic swell less than ripple. Access is by currach, the kind of leather-clad boat that has been in use along this coast for over a thousand years, with a skilled local fisherman at the helm.

Is it particularly beautiful? No, not really. It is uninhabited except for some sheep that occasionally graze there. In fact, its history of habitation is quite thin. For most of its history, as far as we can tell, it was unoccupied. No trace of Neolithic peoples. No one from the pre-Famine era. And very few in between.

It’s claim to fame is that it was for a few hundred years home to a group of Irish monks who lived there an extraordinary way of life, not unlike that of the monks who lived on Skellig Michael off the coast of Kerry. The monastery was founded by a local saint, Saint Feichín, around the seventh century. It would appear that the monastic community remained until somewhere in the early twelfth century. This is based on information from early Irish manuscripts.

More recently the island was home to the Irish poet Richard Murphy who lived in a small two-room cottage for about twenty years. Before that, in the nineteenth century, there were some copper miners who lived occasionally to work a copper vein during the summer months.

Why did They Do it?

Some years ago I purchased a book about the archaeology of the island called High Island. The authors, Jenny White Marshall and Grellan Rourke, undertook in the 1980s and 1990s an extensive archaeological study of the island. They chose as their main focus a detailed account of the monastic complex towards the eastern end of the island. Initial surveys had been previously carried out in the early nineteenth century by the famous antiquarian George Petrie.

Right on the first page of the study the authors pose the question: why did they do it? Why did Irish men (and later women) brave the Atlantic to set foot on the island? Why did some choose to remain and establish a permanent monastic settlement? The researchers found clues to the answer to this question in what they discovered about third and fourth century Christianity in a part of the world thousands of kilometres away, in Upper Egypt. It was there that the first Christian monks in history imitated John the Baptist and Jesus of Nazareth and went out in the desert to devote themselves to the search for God. Because the quest for God in their lives matter.

Seeking God in the Wilderness

In time people gathered around them. The archaeology suggests from the evidence of extensive cultivation that there would have been men and women living there with the monastic community. That was the way Irish monasteries worked, men and women, monks and lay-folk, seekers of God together.

What is it to Seek God?

At the heart of what we call a ‘vocation’, is always the experience of God. By that we mean some encounter with the mystery of life that prompts us to go further, to decide to live differently, to opt for something quite ‘mad’, to risk our one life on some great endeavour that is worthwhile.

This is the reason why High Island is on my bucket list. To set foot in a sacred place where men and women like us, in a far of time, took their courage in their hands to opt for a life beyond the ordinary.