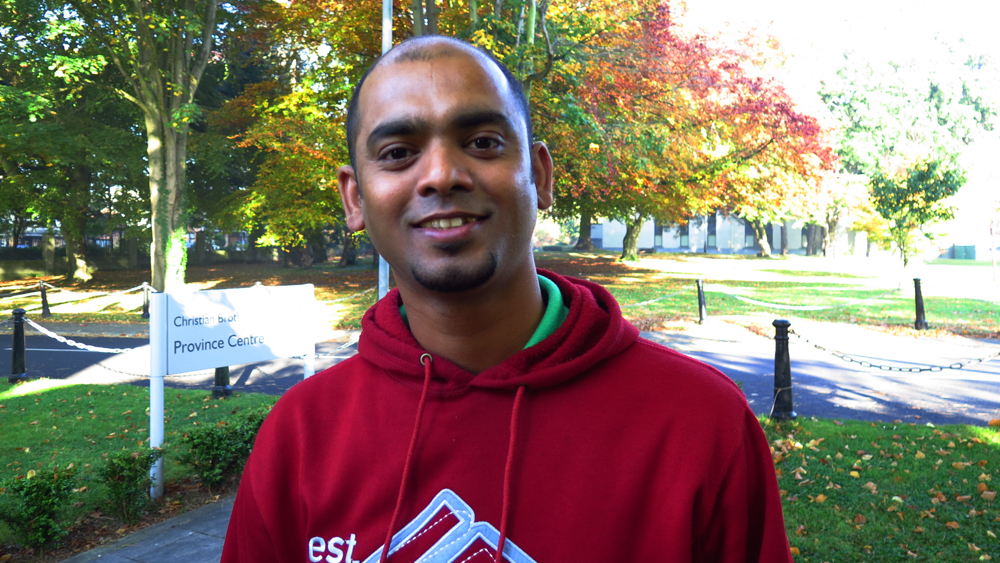 Brother Ruvan Rebello, is a young Indian Christian Brother, currently serving in Lusaka, Zambia. He is a member of the support team for a new initiative called Our Way into the Future. This initiative has been mandated by the Congregation Chapter of the Christian Brothers which took place in Nairobi, Kenya, in 2014.

Anyone familiar with the message of Pope Francis will know that he is calling everyone to a new way for the Church. This ‘new way’ is characterised by simplicity, openness and a commitment to humble service of God’s people. Over against the selfishness of so much of modern society, Francis is asking us to reach out to other people, especially to people who are poor or rejected by society. One of the first things he did after becoming Pope was to head for Lampaduza, one of the islands in the Mediterranean where migrants were being washed up on the shores from the shipwrecks of boats they had taken from the coast of North Africa.

This is the new way of being that the Christian Brothers have also adopted. Since last year Brothers have been invited to go to new places where people are experiencing poverty. Equally, in the countries of origin, the Brothers are placing an emphasis on being with poor people in the reality of their situations. This is a new and exciting time to be a Christian Brother as this direction takes hold.

Brother Ruvan is one of the pioneers of this direction.