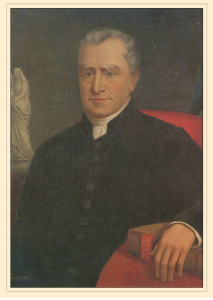 Edmund Ignatius Rice (1762–1844), an 18th century lay businessman founded the Congregation of Christian Brothers in 1802 in Waterford, Ireland to educate the poor of his day. He was particularly concerned with the plight of Catholics who had been excluded from education because of the penal laws in force at the time.

He heard God’s call in the poor, uneducated, marginalised young boys of Ireland. Edmund Rice began to establish Catholic schools, although such schools were illegal at that time. He took in the boys everyone else had given up on. It did not take long for him to realise that he must attend to all the needs of the boys — food, clothing, and housing.

By the end of the nineteenth century the Congregation had grown steadily in membership and Brothers had moved to many different countries around the world. Today, Brothers serve as teachers, social workers and community development professionals in some of the poorest regions of the world.

The core of their mission is to be present among the poor of the world in a spirit of compassion and commitment to their full and free human flourishing.

All of these movements have been an attempt to respond to the urgings of the Spirit. The vision of Edmund was to see God in the marginalised and the poor and to try and enable those without a voice to be heard. The challenge for the future is to have our hearts transformed through a shared reflection on these experiences in the light of the Gospel.

Westcourt, Callan, where Edmund Rice was born in 1762